‘None of the evidence was enough’: Czech women fight to criminalise all non-consensual sex

In the Czech Republic, the legal definition of rape requires the threat of violence. Campaigners say it is failing victims

“I felt so lost when I heard the court verdict; as if the fact that he raped me was somehow not enough,” said Jana Novak.

Novak, from Prague, pressed charges against her attacker in 2019 and endured an 18-month-long court case. “I had all the evidence, the creepy messages, the medical notes,” said Novak, whose name has been changed to protect her identity. “But none of it was enough.” While the court found that there had been non-consensual sex, the defendant was acquitted on the basis that there was insufficient evidence it constituted rape.

The legal definition of rape under Czech law requires violence or the threat of violence, or an abuse of the victim’s inability to defend themselves. Campaigners argue that this definition is far too narrow and contributes to the tiny number of rapes that are reported in the country.

It is estimated that about 12,000 rapes are committed each year in the Czech Republic, according to Johana Nejedlová, the founder of Konsent, a non-profit organisation campaigning against sexual violence, but only about 600 of these are reported. A fraction of these – only 78 cases in 2019 – end in successful prosecutions.

Konsent, together with Amnesty International and the women’s rights non-profit group Česká ženská lobby (Czech Women’s Lobby), are calling on Czech politicians to support a bill expanding the definition of rape. “We are asking for a new definition of rape that includes lack of consent as opposed to criminalising only the use of violence,” said Nejedlová.

The current legal definition was failing victims, said Lucie Hrdá, a lawyer and women’s rights advocate. She described a case where her client had been locked in her home and raped. Despite evidence, which included a text message saying “sorry I raped you”, the court acquitted the assailant because it found he did not use physical violence against her and it found she did not fit the definition of “defenceless”.

“What the law fails to recognise is defencelessness due to intoxication, learned helplessness or psychological dependence on the perpetrator,” said Hrdá.

The law’s narrow scope fed into attitudes that non-consensual sex was not always wrong, said Nejedlova. Nearly a quarter of people in the Czech Republic think forcing a partner to have sex should not be against the law, according to a 2016 European Commission report on gender-based violence.

About 90% of rapes in the Czech Republic are committed by either partners, family members or someone the victim knows, according to Nejedlová. “A frequent narrative we hear is a woman telling her partner she does not want to have sex with him, but he goes ahead.”

She added: “Many victims don’t even realise that non-consensual sex is, in fact, rape.” Even for those who do, a reluctance to cause family divisions, especially given the slim chance of conviction, puts many off reporting the crime.

Nejedlová hopes parliament will consider the new legal definition after the country’s elections in October this year. “Polls show that sexual crime is one of the top priorities for young voters,” she said.

The Czech Republic is in the grip of a political #MeToo scandal, which is fuelling a debate about attitudes to sexual violence and harassment. Dominik Feri, a politician in the pro-EU political party Top09, resigned in May following allegations of rape and sexual assault. Feri, who has strongly rejected all allegations of sexual violence and assault, conceded in an Instagram post that his past behaviour had sometimes been inappropriate.

Party leaders from the two main opposition coalitions have signalled their support for a change to the rape laws. “One in 10 Czech women is a victim of sexual assault,” said Markéta Pekarová Adamová, the leader of Top09. “Besides education and campaign work, we must introduce a new legal definition of rape.” The campaign was also welcomed by Vít Rakušan, the leader of the liberal political party Stan. “I feel certain that the new legal definition is the right way to go,” he said.

If the law is changed, the Czech Republic would join the minority of European countries with laws that define rape as sex without consent, including the UK, Ireland, Belgium, Cyprus, Luxembourg, Iceland, Germany and Sweden.

It would also help the country comply with the Istanbul convention, the landmark human rights legislation aimed at preventing gender-based violence, which defines rape as “engaging in non-consensual acts of a sexual nature”. While the Czech Republic signed up to the convention in May 2016, has yet to translate it into domestic law, meaning its provisions are not legally binding in the country.

Johanna Nelles, the head of the Council of Europe’s violence against women division, said countries that included consent in their legal definition of rape recorded higher levels of prosecution and convictions. “Many more women and girls are reporting rape and sexual violence because they feel the definition matches their experience, which is not always the case with force-based definitions.

“In the long run, it will help change mentalities and attitudes to ensure healthy sexual relationships based on consent,” said Nelles.

From Italy to Sweden, Hungary to France, the far right is once again a force to be reckoned with. Its hostility towards immigrants encourages xenophobes everywhere, including in the Czech Republic. Its social conservatism threatens hard-won LGBTQ+ rights. Its euroscepticism has already upset the dynamics of the EU.

The normalisation of far right rhetoric has gone far enough. For decades, Guardian journalism has challenged populists like this, and the divisions that they sow. Fiercely independent, we are able to confront without holding back because of the interests of shareholders or a billionaire owner. Our journalism is always free from commercial or political influence. Reporting like this is vital for democracy, for fairness and to demand better from the powerful.

And we provide all this for free, for everyone to read. We do this because we believe in information equality. Greater numbers of people can keep track of the events shaping our world, understand their impact on people and communities, and become inspired to take meaningful action. Millions can benefit from open access to quality, truthful news, regardless of their ability to pay for it.

Every contribution, however big or small, powers our journalism and sustains our future. Support the Guardian from as little as €1 – it only takes a minute. If you can, please consider supporting us with a regular amount each month. Thank you. 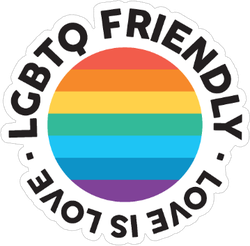